There is hope for the leader. However, it comes with a mighty price. Leadership has become this glamorized culture fad, but it is not what it seems. To be a leader means that you are rarely off, especially in the beginning. Your days run together. You lose sleep. You miss social engagements. People always need you. You are consistently feeding all of your time into a machine of people that you desire to see a return on in the way of them becoming better people.

I have been on this road for years (honestly, all my life). The greatest asset that I have had as a leader is faith, hope, forgiveness, and persistence. I have faith that what I lead in will work. When I was 13-14 years old, my brother Hakim gave me Napoleon Hill’s Think and Grow Rich. Hill gave me hope as a future leader! He used hundreds of modern day leaders (entrepreneurs) and showed us the architecture for success.

Although we have this formula for success, we miss out on being successful leaders because we don’t finish what we start with people.

Lack of persistence. Most of us are good “starters” but poor “finishers” of everything we begin. Moreover, people are prone to give up at the first signs of defeat. There is no substitute for persistence. The person who makes persistence his watch-word, discovers that “Old Man Failure” finally becomes tired, and makes his departure. Failure cannot cope with persistence.

persistence |pərˈsistəns| nounfirm or obstinate continuance in a course of action in spite of difficulty or opposition (dictionary.com)

Will you let a lack of persistence stop you from leading with heart? It’s easy to talk about doing and being a good leader. It’s another thing to actually do it by evaluating your life for the better. Salute to all the leaders in the world who dig deep within themselves to address issues in their own heart that stop them from being persistent with leading people.

Take some time today to think of everything you lead. Then work on what you have put to the side in order to lead better. Last week I finished my second book, and like the first it has been a grand battle of persistence and not giving up when I have looked at blank pages. In order to help change others and lead them to change, I had to address issues in my heart of persistence. If I gave up on blank pages, what will I do with people whose hearts have been blank that need wisdom and leadership? Be a persistent leader that isn’t moved by the issues of leadership, but moved by the problem solving aspect of being a leader. The difficulties of leadership do not outweigh the benefits of building healthy relationships with people that matter.

Be a persistent leader that is more concerned with overcoming the problems, rather than being stopped by the actual problems themselves. Success is measured by how your leadership of all forms has impacted other human beings, and the only way to achieve this success is to overcome obstacles along the way. Be persistent so that you can have true success; changed lives through relationship. 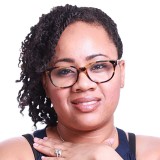