In the last few days, Jed talked about “how to start an argument,” while Ryan talked about creative ways to end one. They were great posts, so I thought I’d try making it a hat trick with today’s post and delve a bit into why we argue in the first place.

I know people who love to argue and debate. Why this movie was award worthy and that one was drivel. Which leisure activities are constructive and which are utter wastes of time and intellect. What will happen in the afterlife.

Religion. Politics. Sports. Pop culture. Extraterrestrials. As far as I can tell, the topic isn’t important as long as, at the end of the day, someone is wrong and someone is right. Or more right. Or, at the very least, louder.

Each of us has our own perspective on the world, a unique voice. But what are we saying with that voice?

I believe in the power of choice and, within that framework, believe that both happiness – and misery – are choices. My best friend is fond of saying this: “The only prize for being the most miserable is … Congratulations!  You’re the Most Miserable!” Similarly, in the context of social or interpersonal debate, I find myself wondering, what is the prize for being right? I’m a firm believer that human beings do virtually nothing without a perceived gain. If that is true, what is the gain in winning an argument?

I am not speaking from some lofty soap box here. In my younger years, I was quite the debater. There were times when I chose to lose sleep in order to continue arguing a point into the wee hours, because I hadn’t quite backed my opponent entirely into the corner yet. And I could back them into the corner given enough time.

Logic. Vocabulary. Verbal ability. I had them in spades. I could ask the most clever questions, trap you in your own words, or even get you to think that you had somehow agreed with me all along. But I’m really trying to remember … why did I care?

I don’t like the answers that surface. They’re ugly.

Some might argue (no surprises there) that it’s no more than harmless entertainment. Or that some people just need strong direction. Or that it’s a necessity in keeping people aware of important issues. Or that arguing and debate are tools for staying mentally sharp. And I can see each of these having validity.

If they were true.

My own observation, however, has been that most people who engage consistently in arguments exhibit signs that such innocuous or altruistic motives may not be forefront. They become stressed. Preoccupied. Obsessed. Angry. Arrogant. Demeaning.

Do an honest assessment. When you argue, are these things true of you? And if they are, is it really “harmless”?

Is stress or anger really the best way to keep your brain limber and prevent senility?

And as for changing the views of others regarding important matters, how’s that going for you? Who is the last opponent you converted to your viewpoint? And even if you did manage, by sheer volume of your words, to elicit a concession — did it change the person or their world view for the better? Did it make your relationship with that person better?

So again I ask, what is the gain?

I’m a writer who shares my ideas through books and blogging. Clearly, I believe in exercising a voice in the world. And don’t get me wrong — I believe there is a place for discussion and even respectful disagreement. There’s a lot to be learned through such things. But I wonder if going beyond that, to asserting we are unequivocally right in our thinking, is all that worthy an undertaking. Or is there more value to be found in building tolerance for viewpoints other than my own?

To ask more than I tell.

To listen more than I talk.

To find common ground rather than differences.

To shine the spotlight on others more than myself.

To be kind rather than to be right.

You decide. I won’t argue with you.

What are your thoughts or reactions to this post?  Discussion is not arguing. In fact, we learn a great deal through sharing our unique points of view with respect and an open mind. Please join in the discussion by using the Comments section below. 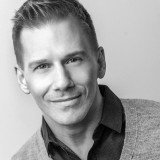