Apple’s vision from the very beginning was to make computers that were accessible to a bigger audience. In the beginning, the CEO of Apple, Steve Jobs, had big dreams. But in 1979, when Jobs saw a demonstration of Xerox technology, he realized that his big dreams could become a reality. Jobs later said that Xerox could have expanded and made personal computers just as he did, but their dream was limited to making copy machines for businesses, instead of focusing on bigger, more profitable dreams.

Of course, it takes more than just a dream to succeed, but that’s where it begins. The other part of dreaming is the side of execution. For dreams to become reality, there must be processes and infrastructure put in place to succeed.

So, what does this say about your own big dreams? It tells me that you need three things for your big dreams to work, and here they are:

END_OF_DOCUMENT_TOKEN_TO_BE_REPLACED 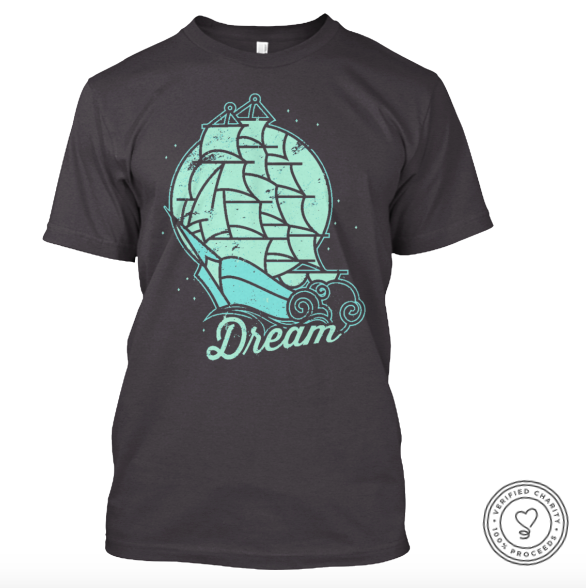 This t-shirt reminds all of us to never stop dreaming. All proceeds go to building a school in Gulu, Uganda through Restore International. Restore’s goal is to bring hope, justice, and restoration, which is a mission that I believe all of us can rally behind. Buy a shirt and make a lasting difference in the lives of others. This limited edition shirt comes in three colors: Charcoal, Black, & Navy.
“Dream”  is only available until August 6th, so get them while you can at teespring.com/dreamtee!

Saying your dreams out loud can feel weird if you don’t voice them often. The key is to tell others your biggest dreams more often until it doesn’t feel funny. That is when you know that you have truly embraced your dream. You should also surround yourself with others that you can trust will be for you every step of the way on your journey. So, please know that this community will only encourage you throughout the process.