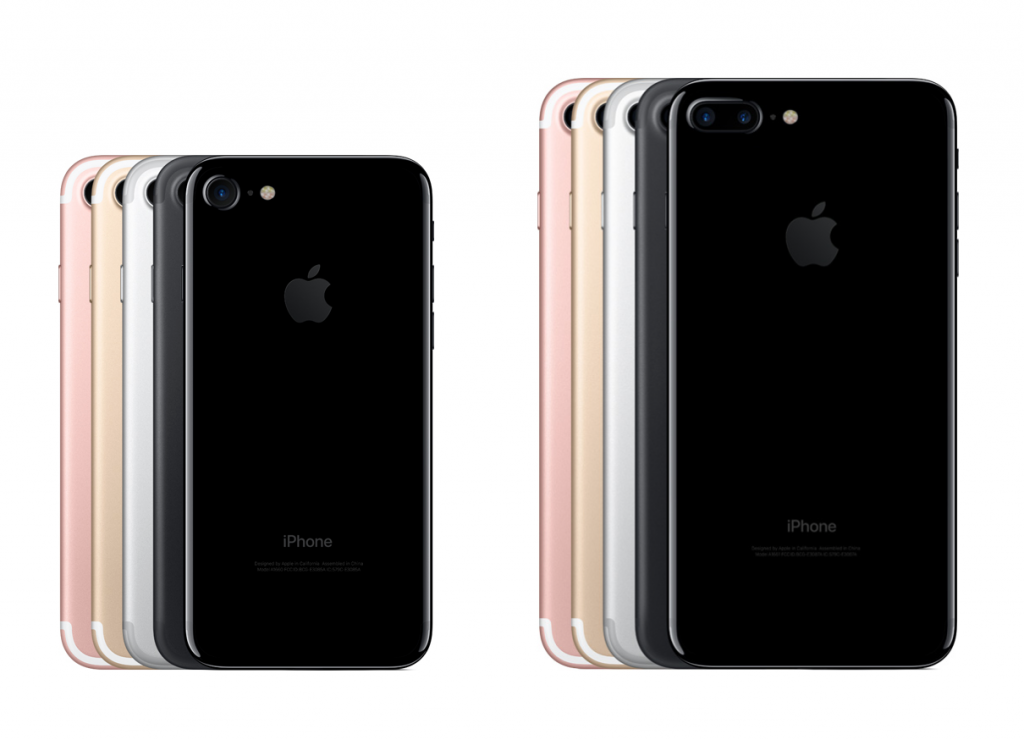 When the iPhone 7 was recently unveiled without the traditional headphone jack, they said they were able to develop it due to courage. But for courage to take place, there must first be a reason to take a step forward in the first place. So, how exactly were they courageous with the new iPhone 7 and was their ‘courage’ correctly placed on modifying the headphone jack? Could there have been a different function of the iPhone that was changed instead of the headphone jack to give users a better experience? Maybe. Was the headphone port changed only for the sake of change? Maybe. They also wanted to make the iPhone thinner, but did the iPhone actually need to become thinner? It’s a maybe again. Was it solely  (If you have any better feature ideas than a new headphone port, I’d love to hear your ideas in the comment section below.) But the only way to answer all of these questions is by looking at what the market does, because when innovation is done correctly, it always shows up in the response of customers, which of course translates to more sales. Of course, we can’t know what will happen with sales until Apple actually releases their new phone, but what we do know is that Apple was willing to not play it safe, and that is what has my attention.   END_OF_DOCUMENT_TOKEN_TO_BE_REPLACED 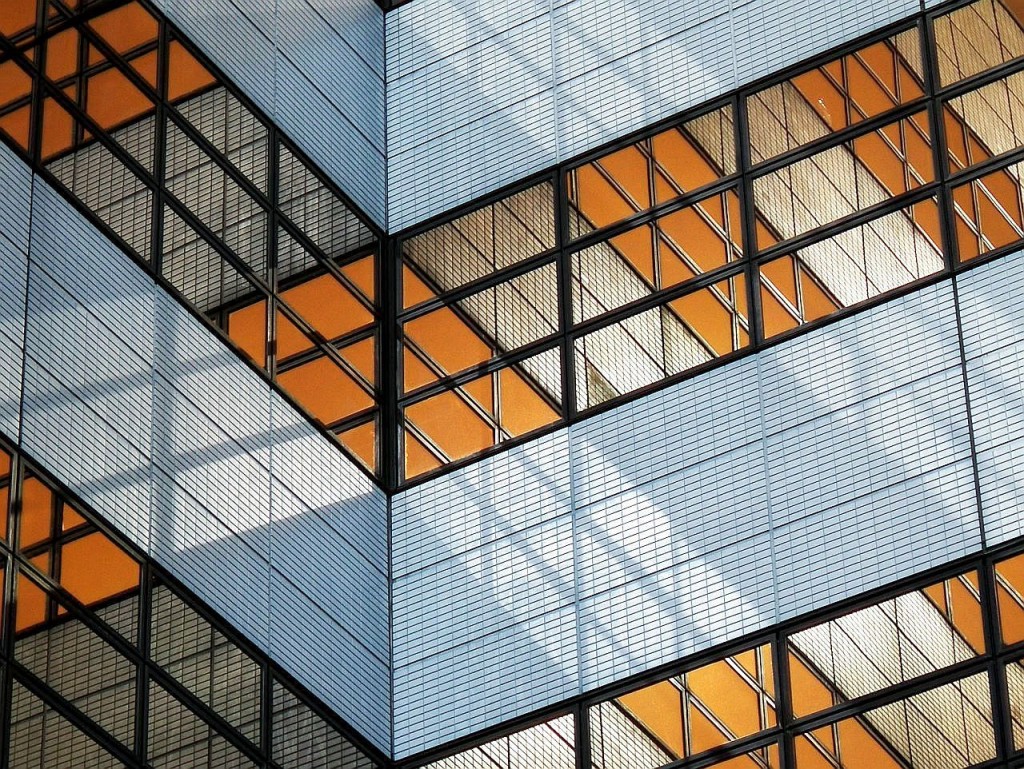 [box] This article is from, Kara Deveney. She is a technology writer and market specialist for Insuresoft, an insurance software provider for the property and casualty insurance sector.  When she’s not trying to help her clients modernize, she frequently contributes to online business publications.  To find out more, connect with Kara on Google+ and visit www.Insuresoft.com. [/box]

The last time technology so dramatically transformed the way we do business was 200 years ago during the Industrial Revolution.  It not only changed the way that things were made and work was done, but it completely transformed how society functioned as well.

We’re undergoing a new revolution in industry now, this time on a digital and virtual level.  Almost every industry in the world is being impacted by it – from elementary school teachers who are using iPads instead of chalk boards to publishers that are working with authors whose “books” are only published electronically.

But, some industries have changed more than others.  In fact, some have so significantly morphed that their former movers and shakers would hardly recognize them today.

They might not have realized it yet, but the music industry was forever changed the moment that Napster went online 15 years ago.  All of a sudden, music fans could access nearly every song and artist in existence without paying a cent or moving an inch from their desk. For listeners, it was their wildest dreams coming true. But, for musicians and record labels, it was a living nightmare. It was akin to the locks on every vault in every bank in the world being deactivated at once, a free-for-all.

Video sharing websites, crowdsourcing outlets like Kickstarter, and digital streaming sites have actually pressed the rewind button on the industry, resulting in a shift in power away from the corporate music label and back into the hands of the players and listeners. While artists have greater creative freedom now, they also have to do a lot more footwork to stay on top.  To be successful these days, musicians have to tour constantly, be super active on social media and promote themselves.

Think about the last time you actually walked into a bank building. Now, keep thinking.  If you are like most people, you can’t even remember the last time you did this.  The fact is that money has become even more of an abstract concept than it already was – many of us rarely even touch physical money or see a banker anymore. Actions like writing checks and manually balancing your accounts seem positively archaic now. So, what is the traditional bank to do? Well, big banks are putting their money on apps.

The Chase app allows users to deposit checks by snapping a picture and you can also pay friends by entering their e-mail address. Venmo, an app independent from any banks, makes things like paying people back or splitting a restaurant check easy as pie. Coin, on the other hand, is an entirely new concept that gives you one card that stores the data of all your accounts.  The bottom line is that if the big box banks want to stay relevant with Gen Y, they are going to need to cater to the customer who finds the old way of banking completely outdated and, frankly, annoying.

Sure, some of us still love the feeling of holding a newspaper or magazine in our hands, but with every passing year more and more print publications are saying goodbye to paper and ink and concentrating all of their efforts on digital media.  In just the past 2 years, big media players like Newsweek, Jet Magazine and The Onion have completely done away with their print editions and publish online only.  The costs of printing and distributing physical editions just aren’t worth it anymore.

And some of the most popular newspapers and magazines today were born online –The Huffington Post, for example, gets more online traffic than the New York Times website.  It makes perfect sense when you consider that websites can publish up-to-the-minute info that can be distributed to an unlimited audience and tweaked at any moment in response to reader interactions. The game has changed for writers, publishers and even advertisers.  And those that are doing well are the ones that aren’t desperately clinging to the physical, but embracing the fast-paced electronic format that best suits the medium.

You might not think about insurance as often as you do music or money, but it’s something that you indirectly rely on every day as you go about your day, knowing that an accident won’t wipe out your bank account. Insurance is a bit like banking, in that it is one of those things that people don’t really feel like dealing with too often, and technology has allowed people to be bothered with it as little as possible. But, those changes have been just as driven by internal efficiency as customer satisfaction.

Software programs now allow insurance companies to organize staggering amounts of customer data, expedite the claims process and streamline communicate with customers. What used to be loads of painful paperwork is now an automated process with built-in automatic alerts to customers.

This makes providers and customers, neither of whom want to play phone tag, very happy. Some companies even have apps that allow users to take photos of accidents or belongings to be insured.  Agencies that can throw everything to the cloud and cut down tedious customer interactions are the ones who are attracting the new tech savvy consumers that will soon control the market.

As the great Bob Dylan rasped, “The order is rapidly fading and the first one now will later be last.” Business translation?  Modernize or perish.  Some of the most successful companies of the past have been suddenly and unceremoniously displaced by the new, more tech-savvy kid on the block.  Think of former movie rental king Blockbuster. Oh, how the mighty have fallen.

The fact is that individuals and companies that have risen to the top of their rapidly changing industries are the ones who have been most open to change and least resistant to new modes of operation.  It’s essentially natural selection on a grand scale.

We are in Colorado.

My sister and her husband are in Maryland.

My Parents are both in Georgia.

My inlaws are in Texas, Indiana and Alabama.

The rest of my family is in Tennessee and Virginia.