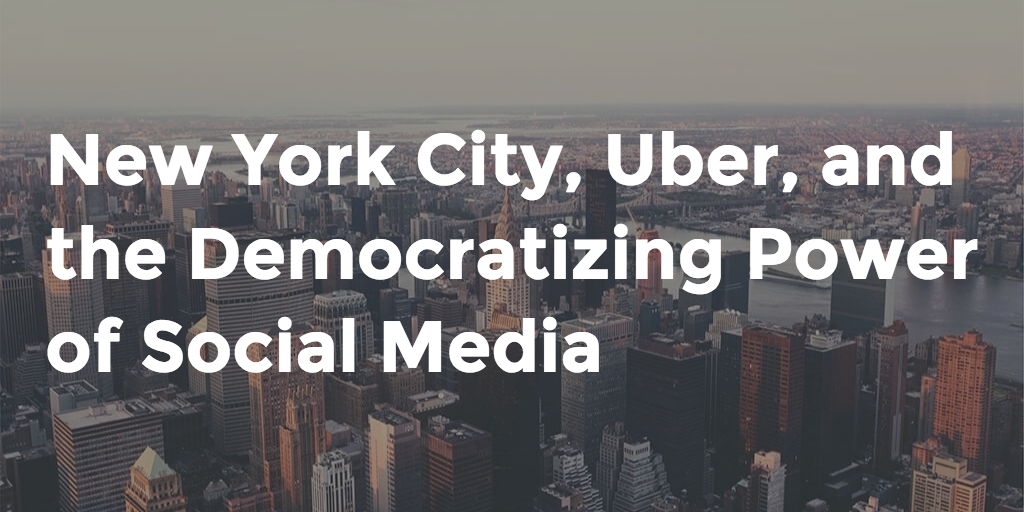 Ride-sharing app Uber appears to have come out on top in its protracted battle with the city of New York and its mayor, Bill de Blasio (for now, at least). The mayor, himself an avid Uber user, sought to limit the number of drivers on the streets of NYC, allegedly to de-clutter the roadways. However, with only about 26,000 Uber drivers in the city, many on social media perceived the move to be a classic case of favored industry protectionism.

However, celebrities and social media users by the millions rallied to the side of the most valuable venture-funded startup in history.

The hashtag #UberMovesNYC has been tweeted thousands of times in support of the company.