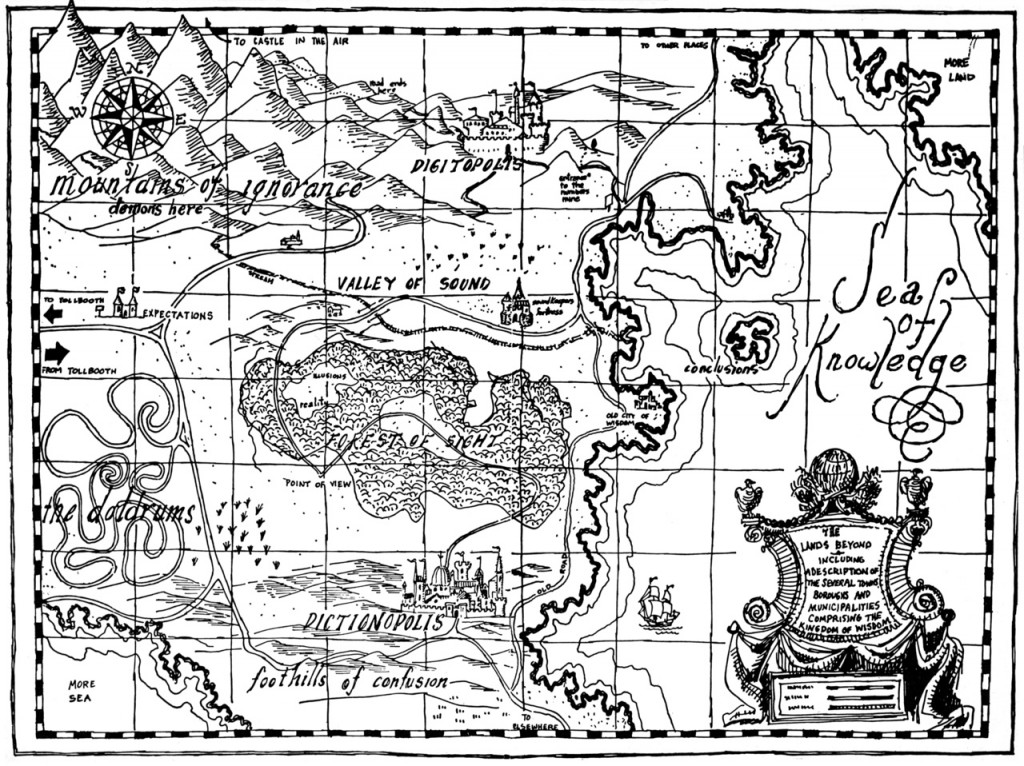 We all get down in the dumps sometimes.

It is nearly inevitable.

Things are going really well one moment and the next it has all collapsed around us. We didn’t get the promotion that was just a formality. A friend did something unexpected and hurtful. We realize we are a certain age and nowhere near where we thought we would be. We realize our life just is not nearly as fulfilling as we hoped and dreamed.

Most of us have high expectations for our lives and where they are headed. But, we do not pay attention to where we are and the exact path we are on and soon find ourselves in that special place I like to call, “the doldrums”. I first read about the doldrums in the children’s novel, The Phantom Tollbooth.

The book is about a bored young boy named Milo. One day Milo unexpectedly receives a phantom tollbooth (kind of odd, I know) and decides to go through it to a place called the Kingdom of Wisdom. Much of the book is filled with puns and metaphors, but it is paralleled by incredible truth. When Milo first arrives in the Kingdom of Wisdom, he is driving his toy car on a road to Expectations, but he soon finds himself stuck in the doldrums, a colorless place where thinking and laughter are not allowed.

What a beautiful illustration. I think most of the time when we end up in the doldrums it is purely because we are on the road to our (often unrealistic) expectations, but do not pay enough attention to the roads we need to take to reach our destination.

Here are three ways to avoid getting stuck in the doldrums:

1. Seek wise counsel – In The Phantom Tollbooth, Milo is only able to escape the doldrums by making a friend. In this case, Milo is rescued by Tock, a “watchdog” with an alarm clock attached to him. But Tock is only able to rescue Milo because he has been there before. He has been in Milo’s shoes and knows the way out.

You should find someone who has been where you are and seek their advice and encouragement. They have been there, done that and can help you get back on the road to meeting your expectations far quicker than you could ever do on your own.

2. Baby Steps – In the novel, Milo is tasked with rescuing the two princesses of the realm, Rhyme and Reason. The only way to begin to know how to do that in a foreign land is to first seek wise counsel and to take baby steps thereafter. Milo and Tock travel to towns and begin searching for any clues that will help them rescue the two royal sisters. One step at a time they move towards rescuing the two princesses.

When we find ourselves in the doldrums, we have to take practical baby steps to make our way out. If we have expectations and goals for where we want to end up, then we have to do the logical and progressive tasks to get there. Do the small things that may be tedious, but nonetheless required in order to end up where you want to go. Forgive your friend. Go the extra mile at work. Whatever the steps, take them to begin moving back towards where you want to be.

3. Find Beauty in the Ordinary – When Milo’s journey in the Kingdom of Wisdom comes to an end, he feels that he has been gone for quite some time when in reality he has only been gone from home for an hour. Upon returning home Milo finds a note that reads, “For Milo, who now knows the way.” After the initial disappointment of not being able to return to the Kingdom, Milo looks around only to discover that he lives a beautiful and interesting world. It had been there the whole time.

We have to find beauty in ordinary things. Our lives are full of fulfilling, beautiful, and interesting, but when we get caught up in unmet expectations we lose sight of the things that make our lives so fulfilling. We get bored and lost in the doldrums. Stop looking so far ahead and find yourself in the present.

I have not read The Phantom Tollbooth in years, but it is still one of my favorite books. Although written as a children’s novel, it seems to have just as many, if not more applications for adults than any child. I highly recommend reading the short 272 pages.

We are quickly approaching winter, a time of year where the weather and lack of energy in general encourage people to slide into the doldrums without even realizing it. I encourage you not to be one of the victims. Take these three tips listed above and fight complacency. Focus on the road in front of you as your stride towards your expectations and avoid getting stuck in the doldrums.

I will leave you with another wonderful quote from C.S. Lewis today:

“There are far, far better things ahead than any we leave behind.”