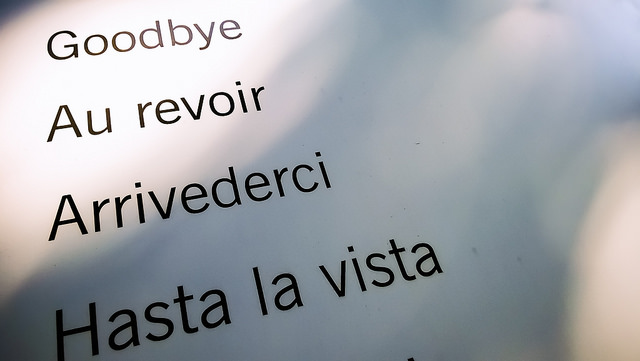 Recently my client decided to resign from her job. She and I had been walking through her exit strategy for a while. She wasn’t resigning over something bad, but she was just ready to move on. This happens a lot. People we work with leave for various reasons. Some people hate goodbyes. For some it means the end of a good thing. It makes us come face to face with change. It forces us to face the uncertainty of the future. Others have no problem with goodbyes. Goodbyes to me have meant a time for reflection on the fun, the mistakes, discoveries, and the wins.

On August 25, 2013, I wrote my first blog post for Asmithblog.com. A fast 14 months later, I now write my last post for the blog. I have learned so much being a part of this team. I have met some great people, fellow writers, and you readers. Thank you for letting me write my musings: the good, the bad, and the eh. If you’re on LinkedIn, find me to stay in touch 🙂

In light on my departure from the Asmithblog.com writing team, I thought I’d leave you with 5 ways to say farewell in a fun way. Forget that boring card that everyone signs, including people you’ve never really met.

#1 Crank up the tunes

There is a reason every movie has a score or soundtrack. Music can sometimes communicate deeper than words. So, why not send them off with a mix of songs? Make a drive home mix for their last day. Add songs that they listened to over and over again in the office and instead of titling the track with the actual name of the song, title it with why you selected it. For example, track number one might be the Taio Cruz song “Dynamite”, but you’ll title it the “Let-the-weekend-begin” song. Track number two might be Beethoven Fur Elise and you might title it the “Take a Minute after talking with Mike” song. While he or she may already have the song in his mp3 or itunes player, the title you give it will sure put a smile on their face.

We’ve heard of death by PowerPoint. Create a powerpoint deck of the fun, silly, or moments of his or her time working there. Add animation, add sound effects, and use lots of pictures to say goodbye, thank you, or we wish you well.

My husband’s job requires him to change roles often (we’ve moved 2 times in the last 3 years). His last office gave him a five-foot-tall hobo stick with a nap sack attached to it full of snacks for traveling. It was cute and symbolic. In the same vein, do a going away “Roast” that celebrates the quirks of your departing team member. If they talk, walk, or have habits that everyone is aware of and it doesn’t offend, then celebrate it. Use quirky sayings or light hearted jabs like, “We’re sure going to miss doing all your work for you.”. Have some fun with it!

Tell your departing team member that you all got together and voted him or her “most likely too…”. If you are the one departing, write superlatives for those you worked closely with.

Let’s face it. When people leave a job, they always wonder if they made a difference. Well, document for them the difference they made. Create a bulleted list of what they did right and the impact of it. Aim for 50 items on that list.

When you take the time to show a colleague, boss, volunteer, or intern, etc. that you noticed them and their character, along with their quirks, and their impact (their skills, their wins, their influence) you are not only letting them leave on a high note, but you are practicing the great communication skill of feedback, recognition, and team development. It’s a win-win!

So, what are some of the creative ways you’ve seen people say farewell to co-workers? Please leave your comment below.

I’ll leave you with a few of my favorite fun goodbye songs courtesy of Youtube.

It’s so hard to say goodbye to yesterday 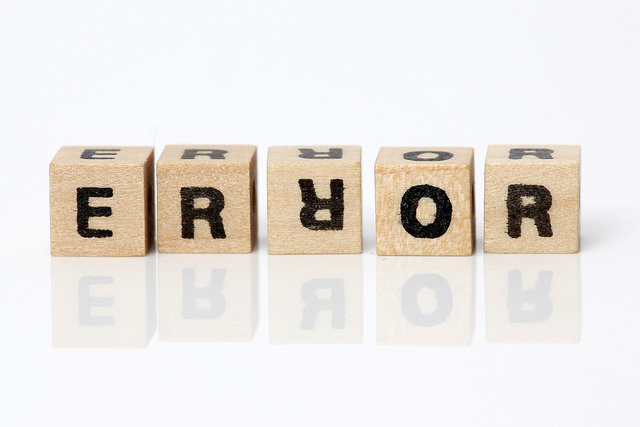 There are lots of communication mistakes we make at work and at home. Mistakes are defined as actions or judgements that are misguided or wrong. Let’s focus on the word “misguided” for a second. Misguided implies that one is not doing the action out of malicious motives. What misguided actions are you taking in your communication?

According to this Mindtools.com article, there are 10 common communication mistakes people make at work. Six of those ten include:

1.Not editing or proofreading your work

If you are like me, it isn’t that you don’t edit or proofread, it’s just that you miss errors that are staring you right in the face. If this is your issue, get an editor. Incorporate the time it takes to have someone proofread your work into the project forecast. Not editing communicates apathy and a lack of professionalism, whether you mean to portray this or not.

Have you seen the new FedEx commercial about the guy who communicates bad news by email? If not, click here to watch it. The boss comes in with good news and his employees whisper how he only delivers good news in person and bad news in email. It is a funny commercial to watch, but it isn’t funny to the person receiving the news. Give bad news in person or by phone if you can’t get to them in person.

Hard conversations are a necessary part of growth. You have to have feedback in order to grow and get better. Avoiding this necessary step will cripple your growth and the growth of your team.

Women tend to have an issue with this at work, while men tend to have an issue with this at home. For the woman at work, it’s not speaking up in a meeting or presenting her idea with confidence. For the man at home, it is not speaking up about having his own method of doing the dishes or getting the kids dressed that is different from their wife. In both cases, the reason for not being assertive is fear of repercussion. They know that if they speak up, someone will shoot down their idea. They key here is to get into the habit of making your choices and preferences known. Just because someone doesn’t like your idea, that doesn’t mean it is bad or that you shouldn’t continue to present your point of view.

When the doctor taps your knee in the a certain spot, it automatically reacts. It is involuntary and unless there is something medically wrong, you can’t help it. Reactions are usually instantaneous. Responses come after thought, not before. Take time to think through what you want to say, how to say it, and the consequences of it before responding. You will save yourself a lot of time and apologies.

So many people say they perform best under pressure, but rarely is that that case. You perform best when you are prepared. If you are giving a presentation, take the time to prepare your slides, notes, and/or talking points. Poor preparation wastes time and diminishes impact. Preparation communications maturity and “pride of ownership”.

Which of these communication mistakes do you tend to make? Please leave your comment below. 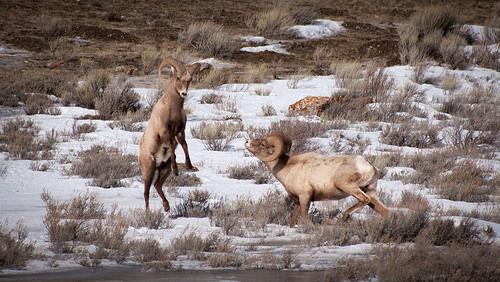 Workplace conflict usually takes mild forms like disagreements between coworkers. But, if a situation escalated into violence, do you know what to do in your organization?

I was utterly shocked when I heard about the Oklahoma employee who beheaded his co-worker after being fired from his job for making inflammatory racial comments against white people. The incident made national news. You can read about it here. At the same time this incident was being reported, I coincidentally was doing a training workshop on confrontation at a client’s organization. The conversation got really interesting when I asked my participants what they would say if:

You walk past the stock room and you see your coworker putting several company hats, mugs, pens, and other paraphernalia in a large purse.

One participant said, ” I wouldn’t do anything. I would go report them.”

Another participant said, “Why would you report them? You don’t know what is going on!”

This scenario prompted a lot of quality discussion. In that part of the confrontation workshop we were examining how personal integrity and the stress of a situation can cause us to communicate poorly in high stakes situations if we are not prepared. We like to think that we would act from a place of integrity in high stakes situations but do we really know how we would act if we found ourselves in that situation?

What would you do or say if you saw that scenario in your organization?

Confrontation, the way I define it in my workshops, happens all the time. We confront people everyday. Confrontation happens on a continuum from mild to severe. When we hear the word confrontation, most people jump to the severe cases, like the coworker stealing at work or like the Oklahoma man in the latest news story headline. How you respond to confrontation depends a lot on your experience, skills, upbringing, and confidence. It also has a lot to do with the culture of an organization.

In light of the fact that the Oklahoma man’s motive was to retaliate after a co-worker reported him,  do you know your organization’s policy regarding what you think might be an employee breaking the law? Are you well versed on the company policy? Did you nod off during the legal or compliance section of the presentation? Familiarize yourself with the policy and procedures for how your company wants you to report illegal or inappropriate behavior.

Enron, Maddoff, Penn State, and the Secret Service are all scandals in which the people looked the other way when something “inappropriate” was happening. Integrity is doing what is right regardless of the circumstances. Integrity in communication will never happen without bravery and courage. Act in a way that you can be proud of afterwards. Basically, do what is right.

Pay attention to the emergency drills, the EHS safety day trainings, and the hand book, so you can make a plan of action. If you don’t know what to do, find out.

Please pray for the victims, the perpetrator, and their families in that Oklahoma incident. Most of us will never face this level of conflict in the workplace, yet we may feel threatened or unsafe. Knowing the rules, acting in integrity, and making a plan are the best first steps.

Have you ever confronted someone in a high stakes situation? What happened? Please leave your comment below.